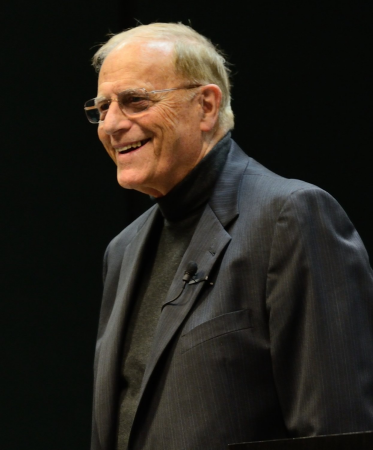 On April 4th, in the first of a series in its Education Outreach program, the Skagit CAPR Chapter hosted Professor (Emeritus) Don Easterbrook, Western Washington University and world renown geologist and climate expert. Titled "Impacts of Global Warming, Sea Level Rise, and Envision Skagit 2060 in Skagit County," Professor Easterbrook presented an in-depth briefing on the Earth's climate, debunking the claims of global warming alarmists and their allies in government and the media. He also addressed the erroneous climate science that forms one of the key assumptions that support Envision Skagit 2060, detailing how the UN IPCC's climate models have wildly diverged from the actual temperature record. The event was held at the Skagit PUD facility in Mt Vernon.

A spirited Q&A session followed with Jack Arrington asking the most salient question of the night, "if all we are seeing is natural climate variation, what is the reason that persons in government, academia and the media continue to cling to this false theory?" The answer was "money and control." No surprise there.

The entire presentation plus Q&A, broken into seven segments, can be accessed by clicking the icons below.